How to Remove Moss From A Roof 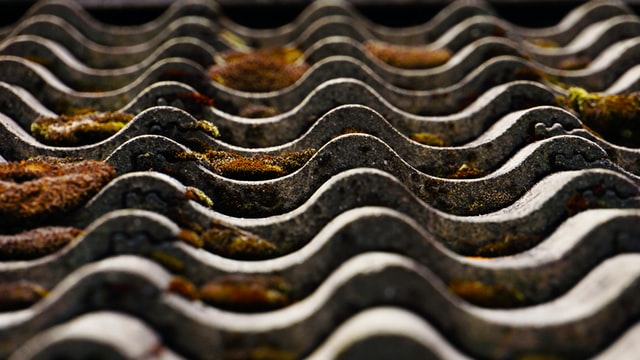 Does your roof have moss? If so, you want to make plans to get rid of it. Moss will cause decay, and in extreme situations, you may end up having to replace your roof. Getting rid of the moss is more cost-effective compared to replacing your roof.

To get rid of the moss, you will need to follow the following steps:

The Effects of Moss on a Roof

In areas where the roof faces north, the roof receives little sunlight, and moss will be prevalent in such areas because of the damp and cool climate. Even in humid regions, if the roof can receive some sunlight, the moss won’t develop.

Moss on the roof appears when thin green dust appears, and you can notice from low angles. The thin layer present on the top of the roof will expand and become wide eventually. It will then become mat-like, thick, and wide. The seams between the edges of the roof will also develop mold when they’re shaded.

As the moss becomes thick, it will work its way through the roof shingles and raise them up. If the shingles are made of wood, the mold will spread faster since wood is porous. You’ll have a hard time getting rid of the moss because of the smooth planes.

You should get rid of the moss at the early stages if you want to protect your roof accordingly.

Dry powder is sprinkled on the roof’s surface in lines, and the spacing should be two feet apart. When it rains, the dry powder will mix with the rain, and it will run down the roof. In at least one week, the moss will be eradicated.

For those interested in learning how to remove moss from roof, you should first assess the extent to which the moss has affected the roof. It’s also important to note that it isn’t easy to dispense the dry powder evenly, and some white streaks will be left on the roof unless there are heavy rain showers to blow off the moss-killing powder. Strong wind can also blow off the moss-killing powder even before it manages to get rid of the moss.

Liquid moss killer usually comes in a container, and is attached to a hose. The liquid will cover the entire roof better than the dry powder, and you might be able to stay on the ground during the application process. It really depends on how much pressure you have to reach the roof, and how easy it is to reach certain part of the roof itself. If the water fails to reach the uppermost parts of the roof, you can spray as you stand on a ladder. The application process is also easier compared to when you’re using a dry powder; however, you’ll still need to climb onto the roof, later on to get rid of the dead moss.

You need to be careful as you climb on the roof to get rid of the dead moss while also applying the dry moss killer. Such tasks are dangerous, especially if your roof is high and the pitch is steep. You should be confident enough if you’re to handle such tasks. Make sure you understand how to use roof harnesses for a project that involves climbing on a high roof. The roof harness comprises straps and brackets, and it ensures you won’t slip or fall off the roof. You can get the roof harness from a home improvement center. You can also hire a professional if you’re not confident enough to handle such a project.

1. Start by Applying the Moss Killer

2. Get Rid of the Dead Moss

3. Rinse Off Your Roof

After the end of it all, you need to ensure your roof is completely dry. When you do this, you can easily notice the areas you haven’t scraped away yet.

If your roof has been infested by moss, you don’t need to worry as much. Instead, you should follow the guidelines that we have presented in the context above. The only risky part is climbing onto the roof to apply the moss killer and get rid of the dead moss when it is completely dry. Nonetheless, the procedure to get rid of the dead moss is fairly simple.

If you’re looking for a professional company that can help get rid of moss on your roof, feel free to contact us.

Call Presidio Roofing for a video conference appointment. All aspects of the job will be handled digitally and remotely. When the crew gets to the house to perform the work you will not need to interact with them and they will always be outside.

You have Successfully Subscribed!